“The negative is a beginning point for me.”

In conversation that weaves back and forth between politics, religion, art, and history, Joel Peter Witkin elucidates some of the fascinating paradoxes surrounding his photography. Resolving images, art as incarnation, wisdom gained from odd jobs, the New York art scene, opinions on abortion - this wide range of subjects all merge together as Witkin sat down with us after a lecture at the Bibliothèque nationale de France (Bnf) in Paris. 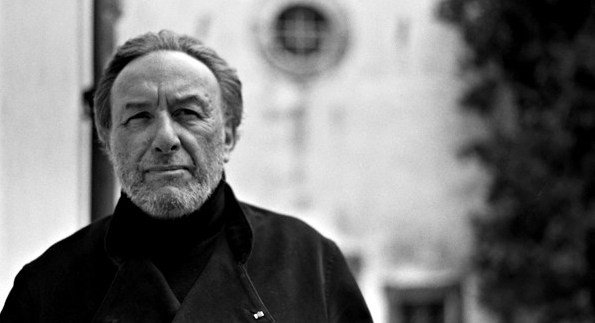 In your work, you’ve explored “freaks,” religion and art history influences. What connections have you found?

First, I’m not comfortable with the title “freaks.” It’s a terrible, sensationalistic term. Thank God there are no more Freak Shows. When I was in my teens, I would go to Conny Island with my brother to photograph people. The barker, the man that tries to get people in the show, was telling a lot of the people, “Unless you live good lives, your children are going to look like the people in here.” It was a cruel, stupid, primitive thing to say.

I can’t be cornered, like many artists – there is no A, B, C, D, to my work. Some artists deal in cyclical things, but for me, it’s never been that clear, because I photograph people who all have different characteristics and consciousness. I never know who I’m going to meet. I work with those people - I don’t use them. The same thing applies to human remains or inanimate objects.

My work isn’t linear; it’s more of a phenomenology.

Do you think photographic prints should be unique? And what do you think about the element of reproducibility in photography?

I go against that. In my case, I want to impose my hand on the photograph. I want people to know that I’m not relying on the “decisive moment.” The negative is a beginning point for me. I’m a print maker as much as I am a photographer.

I have to know every square centimeter of the print. It takes me days, sometimes weeks or months to resolve an image. For sales, I keep an atlas of how I made the prints, but I have to begin the whole process of discovering what that image was about. My thoughts go back to that time and I have to relive those emotions.

You jokingly said that during two operations, your surgeons opened you up but no blood came out – there were only photos inside of you. Is this a metaphor to say that photography is what makes you live?

There are two things I live for: my religious faith and my engagement with life through photography.

If photography runs in your blood, then how do you explore the flesh in your photography?

The flesh is the clothes of our corporal existence. It identifies us whether we carry it well, or if we’re born with physical problems. All of us, from a theological standpoint, have liabilities and gifts that we have to deal with in life. We have to accept the pain as discovery.

About ten years ago, I made one image about abortion. It was a cadaver as Christ, and a fetus was near Christ. They were kind of embracing. It wasn’t called “abortion.” It was based on an Auden poem, where one line read, “The glacier knocks in the cupboard.” It’s like nature is a rebellion overwhelming us because we’re not working with the natural causes and effects.

Abortion is a divisive subject right now. I’m a Democrat and I disagree with some of what Obama talks about. This is not respect for life. In fact, I think life comes at conception and I believe that we have souls. How can a mother destroy life in her body? The primary reason was scientific, but what it’s doing, and the mother knows this, is cutting the fetus up and destroying it. It’s a form of killing that people don’t stand up for.

Islam, like Christianity, wants to spread its message and convert the whole world. I think there will eventually be a war between those two beliefs. It’s a terrible thing. I always say, we can put a person on the moon, but every three seconds a child dies of starvation. That is criminal.

I think the job of art is to create a language that people can understand.

You’ve talked about your works being “incarnations” of things – can they also be political statements?

Yes. We’re actually all political victims. We’re less and less powerful, especially in the States right now, with the Republicans asking for IDs, which is just a way of limiting voter registration.

I think we’re in real warfare in the States between Democrats and Republicans.

Going back to the current exhibit at the BnF, Heaven or Hell­- what drew you to these ancient drawings, etchings, etc.?

This exhibit is about contemporary art, which is mine, and art of the past, by masters. I interpret the show as both myself and they are after the same thing: I call it incarnation. It’s a very singular event that becomes a physical entity that can engage other consciousness. That is what real art is about.

In the lecture earlier this evening, I said that art is about something that is new to the world. It is not just clever. If you can explain something in one sentence, it’s either going to be very brilliant, or very stupid.

You do a lot of research for your work, but were you influenced by similar ancient drawings, such as those in this exhibit, when you made your photographs?

Sure! My brother and I lived in Greenpoint, Brooklyn, and we couldn’t wait to get out of there. We lived there when it was a slum. I used to say that when I was a child (and this isn’t true, I made it up later), I thought that all cats had one eye.

I basically finished high school and then just moved out. I’ve worked different jobs since I was 12 years old: delivery papers, working in candy stores and soda fountains. On weekends I would work in cemeteries helping old ladies with flowers. We didn’t have much money. All those jobs prepared me for engaging people in conversation with respect.

It seems like you might be more popular, or have a warmer welcome in France, as opposed to the United States. Do you think this true?

Absolutely. In the United States right now, it’s like the flower of the month. Big galleries like Gagosian and Pace, they’re not interested in the romantic idea of promoting great art. They’re after making money. So they have people that can knock out a lot of work, and whose work is popular; people like Kiki Smith and Jim Dine. They’ve made millions of dollars for these galleries.

With the economy going down, I couldn’t live on the sales of my work. I’m out of fashion because my work is about morality. It’s about human life and it doesn’t show the prettiness, or escapism, or the caricature of feminism that someone like Cindy Sherman. There is nothing wrong with feminism, but right now in New York, if you’re a woman, you have an advantage, and if you’re a guy who is half Jewish and makes meaningful images, people don’t want to know about it.

The difference is that in Europe, people are far more cultured; they are loyal to their artists, which isn’t always a good thing. They have a depth. I’ve seen families at my shows explaining to their kids some of my toughest works, like Feast of Fools. In the United States, that wouldn’t be tolerated.

An ending quote or joke?

I’ve been signing books with an Irish saying: “We are all disguised as ourselves.” It’s a wonderful thing. That saying is in 50-60 books. It’s a gracious way of defining the human element.