The History of Nikon in 8 legendary cameras

The best cameras that made the Nikon legend

In March 1948, the very first Nikon camera was launched, soberly entitled the "Nikon I". In the first two years after its release, this small 35mm camera, as well as a few compatible lenses, were only sold in Japan. It was not until 1950 that the reputation of the Nikon I, and particularly that of its lenses, reached the West.

It was the photographers from the prestigious magazine Life who, after seeing the extremely high quality images taken with Nikkor lenses, decided to use them as a replacement for their Leica lenses, which were much more expensive and no better for the job than Nikkor. 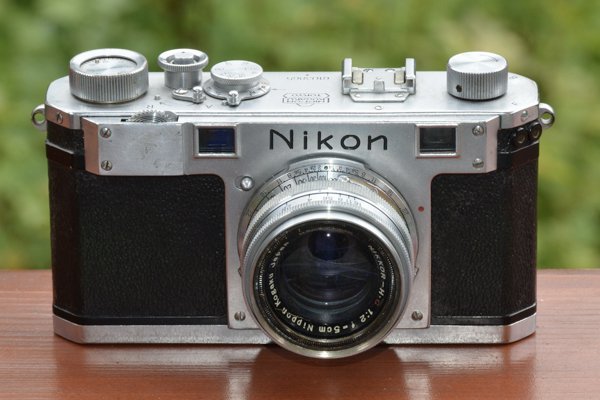 A Nikon S (Variant of the Nikon I with a flash mount) and its Nikkor 50mm f:1.2 optics

Let's take a ten-year leap forward to 1959, the year of the Nikon F's release. This camera, a true icon, certainly lives up to its impressive reputation.

Compared to the old rangefinder models (focusing by matching a double image in the viewfinder), the Nikon F was equipped, for the first time in the history of photography, with the "reflex" aiming system. The reflex viewfinder offered a direct view of the scene to be photographed through the lens, thanks to a mirror and a prism. To this day, the reflex system is still used by nearly all professional cameras.

Finally, in addition to its legendary robustness and its entirely mechanical operation, which have seduced many photojournalists, the Nikon F also became famous thanks to Michelangelo Antonioni's film Blow-Up (1966), in which the camera is used by the main protagonist. 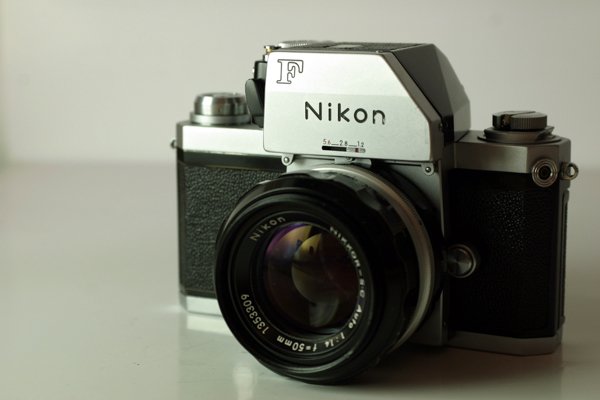 A Nikon F with Photomic prism, and its Nikkor 50mm f:1.4 optics 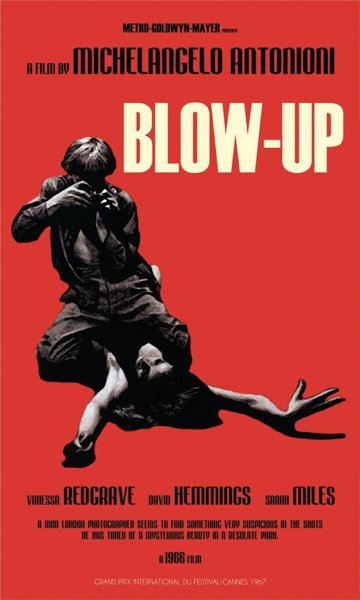 The poster of the film Blow-Up by Michelangelo Antonioni

In 1965, the very first Nikon reflex camera for amateurs was released: the Nikkormat (or Nikomat in Japan). Although sold at very reasonable prices, the bodies of this range still maintained Nikon’s famous robustness; according to some testimonies, it was not uncommon to use them as a hammer or nutcracker! 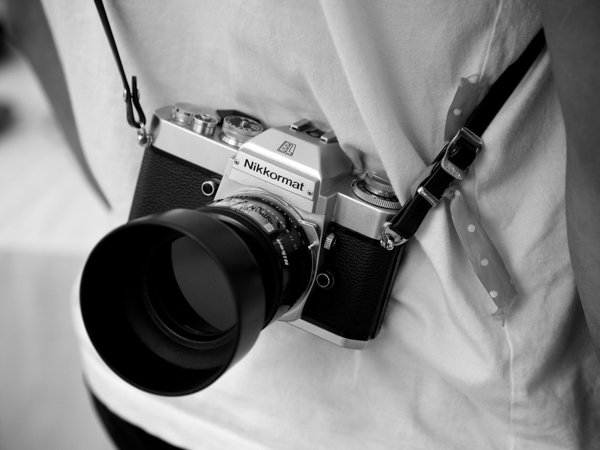 Pointing one's smartphone at a landscape, and watching the brightness of the scene modulate before the best exposure compromise is found, is something we now take for granted. However, before the launch of the Nikon FA, the light metering of an image could only be done from a single point; it was the FA that first introduced the "matrix" metering, capable of determining the exposure of an image according to 5 different points. 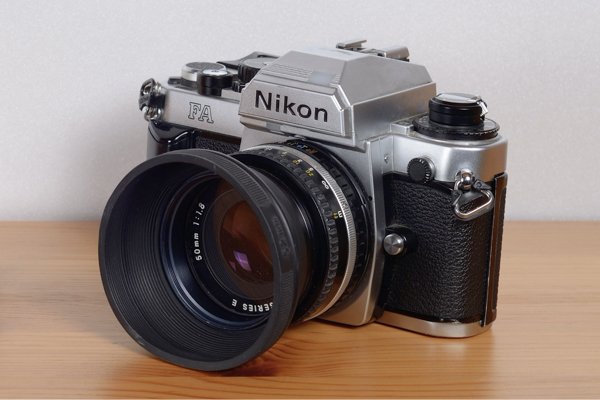 If you wanted to buy a rapid-fire machine in 1988, the Nikon F801 was a must. Indeed, this camera was one of the first to reach 1/8000s in shutter speed! In addition to this ability, many consider the F801 to be the Nikon film camera with the best ergonomics. 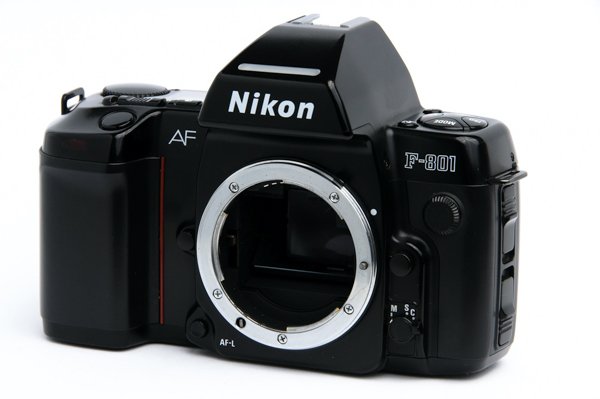 At the end of the 1980s, the transmission of digital images directly following their capture was a technology much envied by journalists, and, unsurprisingly, by the world of astronautics. To this end, Nikon enabled NASA to develop a digital image capture system around its F4 camera body.

From the work carried out by the American space agency, the simply named "Nikon NASA F4" was born in 1991. Far from the miniature cameras we know today, back then it was an imposing device made up of several accessories: 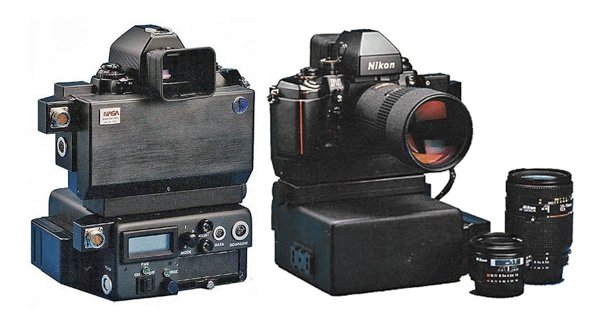 The Nikon F4 modified by NASA, as well as the storage device 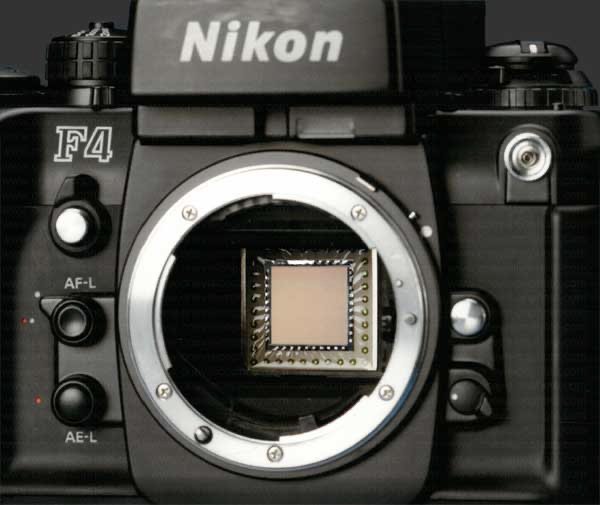 By the very end of the 20th century, the various camera manufacturers were really getting into the digital race! Nikon perfectly negotiated this shift towards digital by producing its first professional digital reflex camera in 1999: the Nikon D1.

This camera, capable of 4.5 frames per second and with a resolution of 2.7 megapixels, was also the very first digital camera developed and built by a single brand. Before that, Kodak was a must for the design of a digital camera. 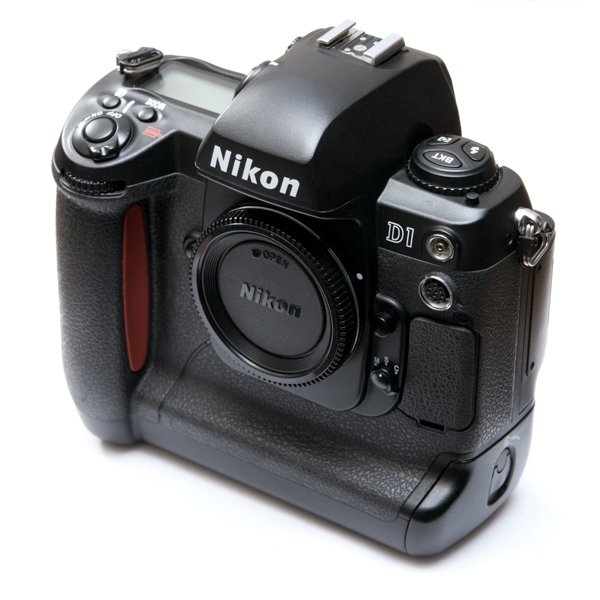 To conclude, let's take a leap forward to 2008, to meet the D700. Thirteen years after its release, the features, functionality, and image quality of the D700 still make it a top-of-the-line package.

It would not be an exaggeration to say that (almost) all photographers, experts and professionals alike, have gone through the D700. An example of robustness, speed, precision, and extremely capable in low light, the D700 is truly the perfect camera! 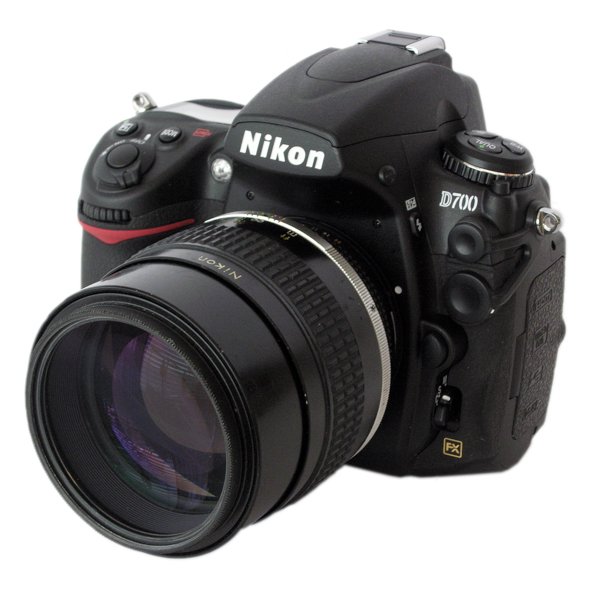