Aweng Chuol Tells You How to do it

Aweng Chuol Tells You How to do it

Being a good photographer is not only about technical knowledge. When shooting a person, whether we are a fashion, documentary, portrait photographer, the relationship established with the subject will determine the quality of your image. That’s why we wanted to talk with someone who gets photographed for a living. Aweng is a young model with a promising career and whose outspoken frankness appealed to us. She explains her vision of fashion, her relationship with herself, and gives advice to young photographers.

Hi Aweng, can you tell us a bit about you?

I believe that telling you about me in detail, will give away too much of my character, I like to stay mysterious. But I am also a fool for egotistical measures. Well, my name is Aweng Mayen Chuol, I am a south Sudanese , Kenyan and Australian model. I am currently 19, and Studying two degrees, one of them being politics and the other being psychology.

I am a dreamer, and a believer in conspiracy theories, I spend most nights writing letters to my family members, letters that I’ve only recently started releasing. I have big dreams, some day I want to own my very own hoteliers empire, ones that will take in the homeless and get them back up on their feet’s. I have been described as selfless by 99% of the people that I’ve have encountered with. My biggest fear is death, I don’t really believe in the idea of having an idol . “I was first discovered at sixteen years old in Sydney, Australia while working as a front cashier, at my local McDonald’s.” 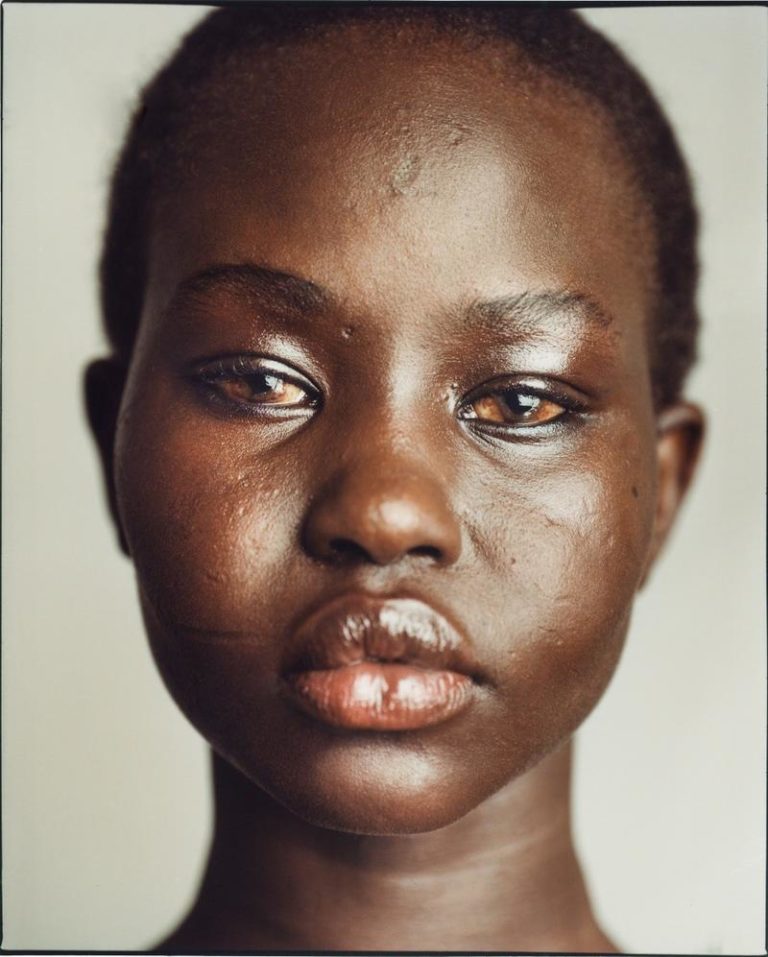 How did you become a model?

I became a model in the most funniest way actually, I was first discovered at sixteen years old in Sydney, Australia while working as a front cashier, at my local McDonald’s. My mother and I had an agreement the I was far too young, two years later, the same exact thing happened. I called it luck, and with the help of a very close friend of mine, my career was launched.

Do you remember your first modelling shoot and how you felt seeing the result?

I have one of those great minds, that remember a lot. And I remember every single little detail about my first ever major shoot, It was in the apartment of my manager / Taylor. The whole set was based in Docklands, Melbourne Australia. A very beautiful area, we were shooting on her balcony, me being afraid of heights, was nothing short of having a million thoughts on my mind. We were shooting polaroid’s really, it was the first step to getting me intentional representation.

I was extremely happy that morning, I remember that , because we had just gotten an email of international contract interests. It was a good day to be Aweng. 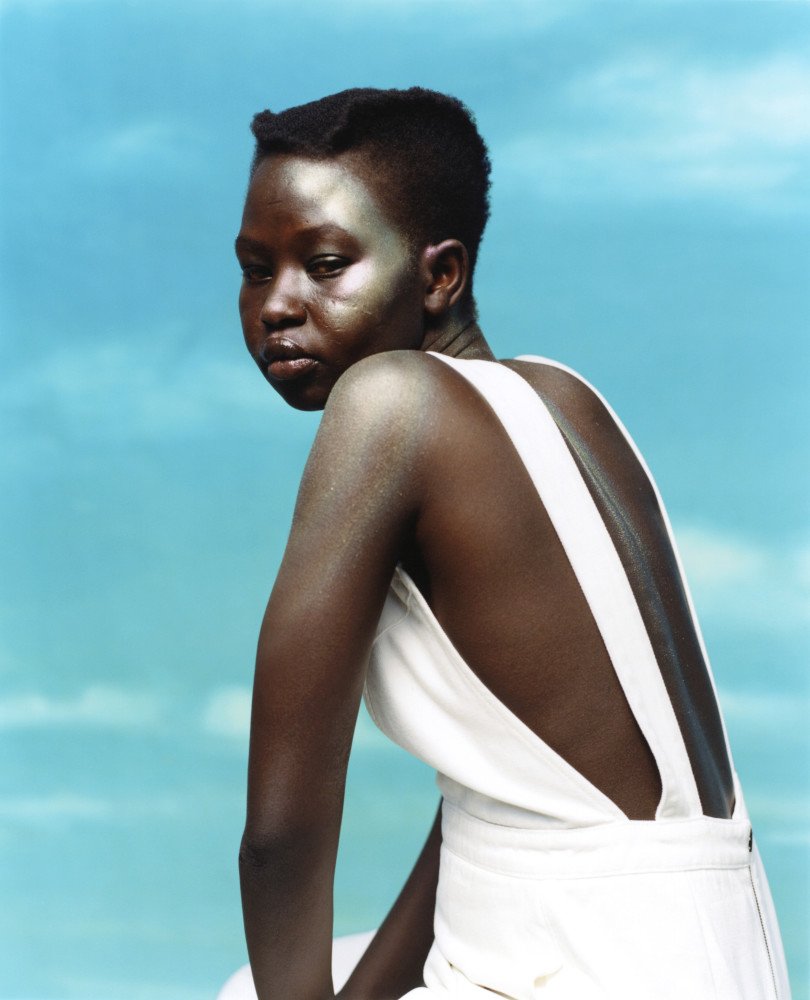 Many people are unaware of the difficulty of modeling and the psychological impact it can have on the girls and boys, often young, who enter this field. Do you think the challenges you have faced in this environment gave you the strength to find self-love?

There is a whole thought process that I usually go through before entering anything, the cons and the pros. Modeling is not an industry where one can sit down and outline it’s pros and con’s, But naive eighteen year old Aweng, still attempted to see the industry before being in it. And that’s when I realised that, at times you have to jump in head first, the industry has more pros than cons, or more cons than pros. It really depends on how you see it, perspective is either your befriend or your nemesis in this field.

“The relation in topics of conversations is something that I look forward to, when working with photographers for the first time.”

And luckily, I have a strong will to not let something so small from my perspective destroy my self-love. But I will admit, at the beginning, I was drowning in self existential crisis’s and had to remind myself daily that I am beautiful, no matter if I book this or that job. I feel like any field that has “beauty” as part of it’s career, will always be something that could end someone’s confidence. By a simple blow. 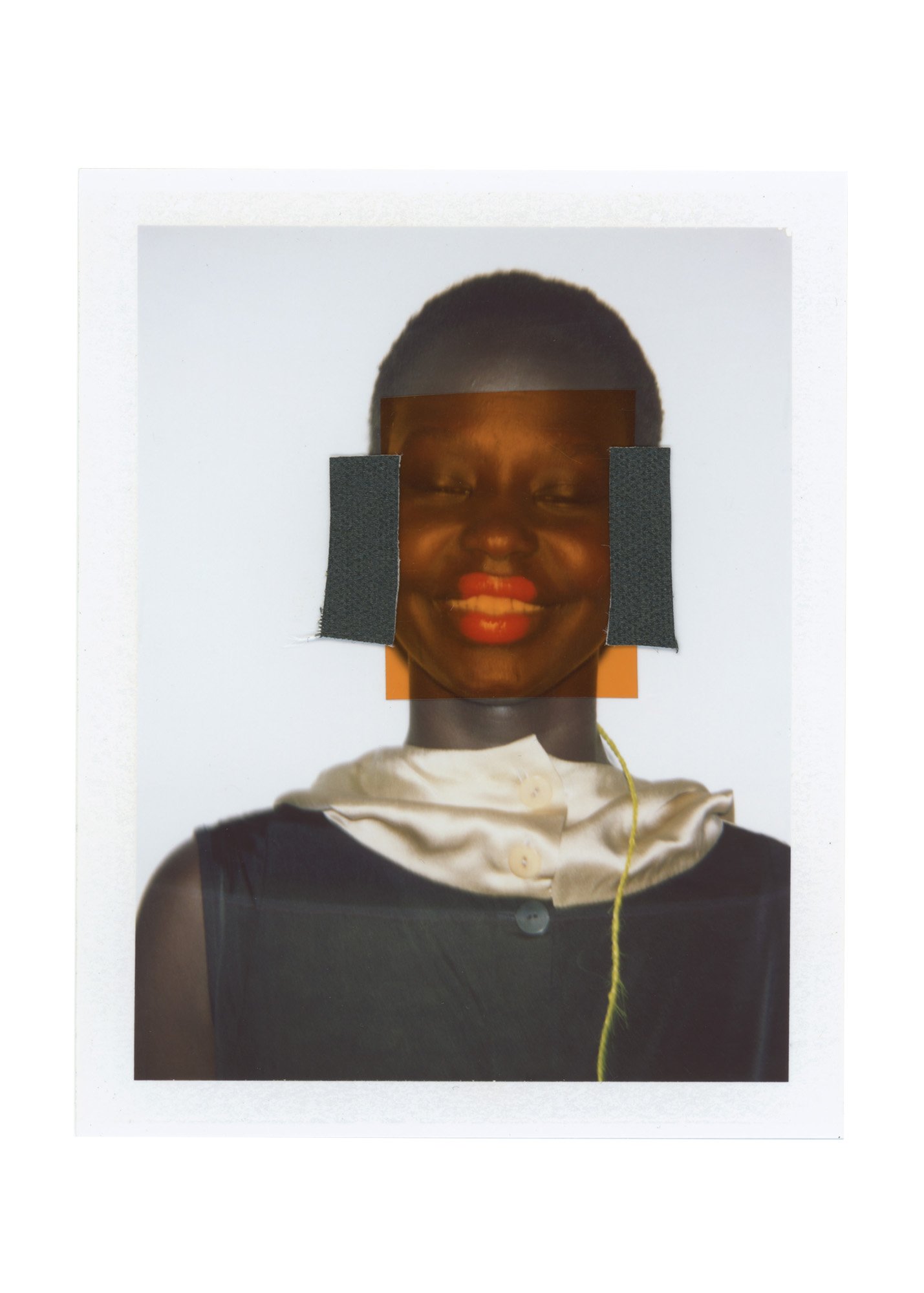 Does the relationship with the photographer play a role in your confidence during a shoot?

For me personally, everyone has a bad day. If A photographer that I’m working with, just happens to have a bad morning, or seems very distant, I will most likely move on about my day and be a good sport about it. If the photographer is an extrovert like I am, or is someone that likes to talk about anything and everything, that’s something that will make the entire shoot a million times better. The relation in topics of conversations is something that I look forward to, when working with photographers for the first time.

“I am someone that’s always eager to learn.” 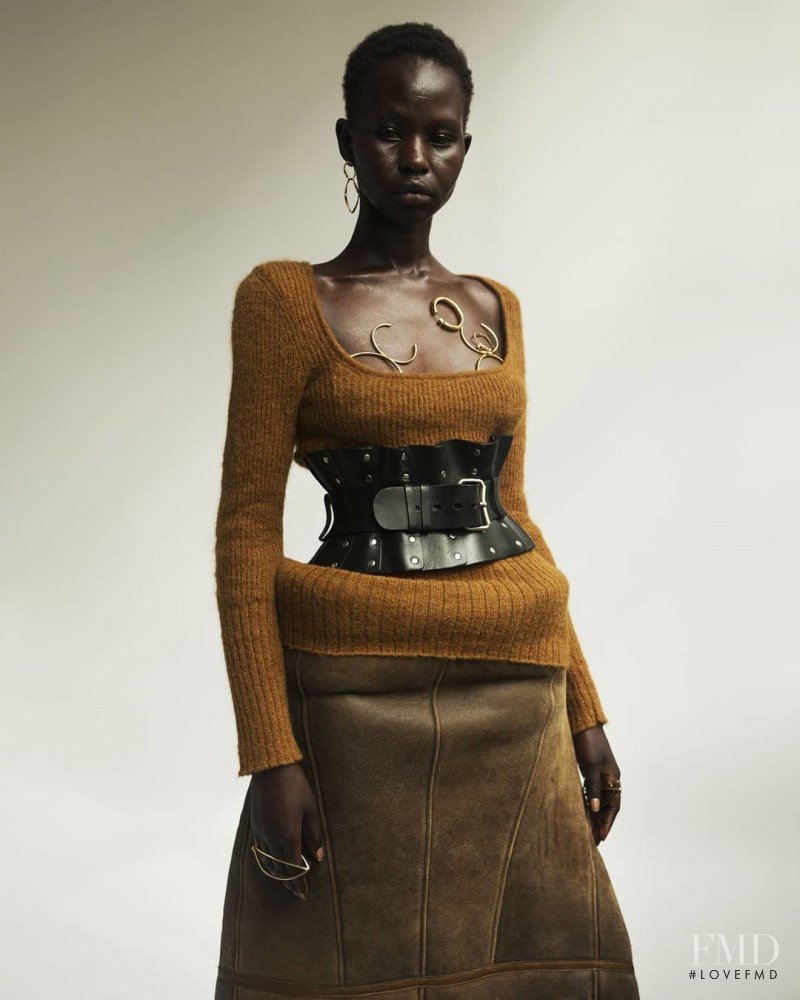 When do you feel the most confident on a shoot?

When there is coconut water on set, when the music being played is a bunch of 90’s music, RNB from the 2000’s, or when the entire team can enlighten me about new topics or their perspective on certain things. I am someone that’s always eager to learn.

Which picture of yourself defines you the most?

The picture that defines me the most, is this image. I have already added this to my anthology / coming out soon. This picture was taken in London, unplanned actually. I was shooting a lookbook for Omer Asim, an amazing upcoming legend / designer based in London. And his friend Spike Visser happens to be there, that exact day.

“[…]allowing myself to live and take in the world is something that inspires me.”

Also a few hours before the shoot, I was told that I had to dip into Milan for a few hours. So everyone was really working hard to make sure everything was perfect for the lookbook. And after the shoot was done, Spike had requested to take a few quick pictures of me, with his very very vintage film camera. And a few weeks ago, He sent me this image. And I can only say, a picture speaks a thousand words. 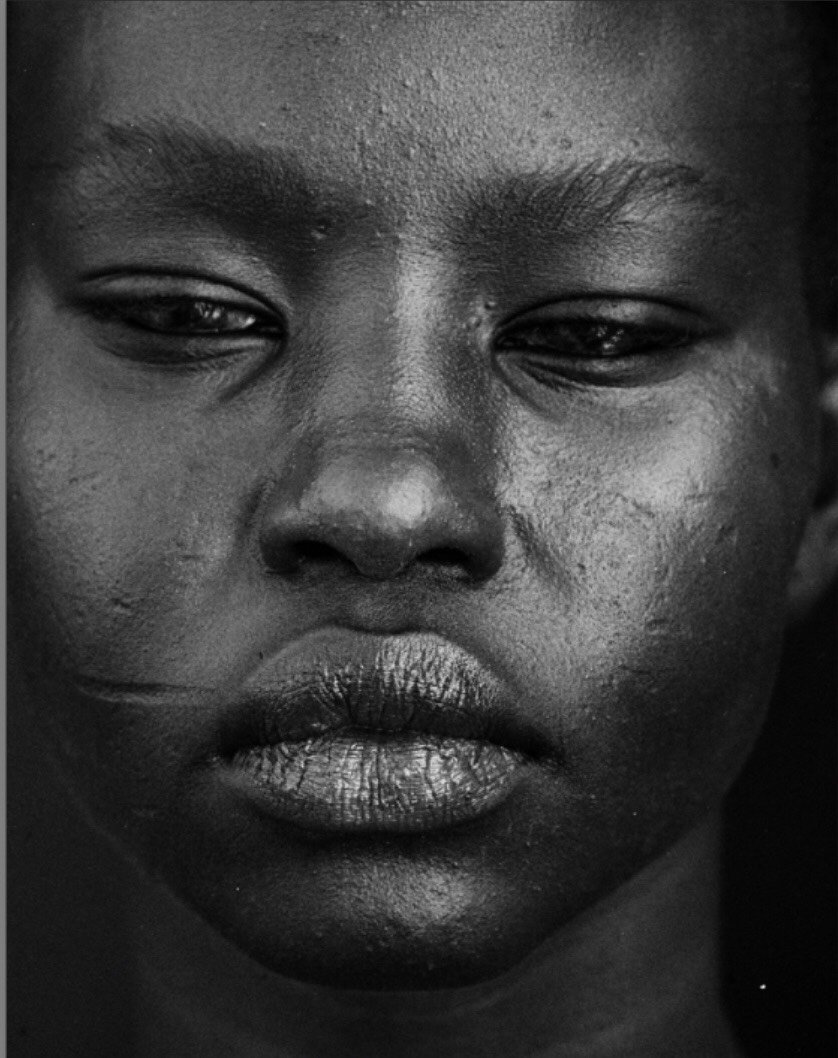 Is there a photographer you dream to work with?

I don’t like to limit myself as there are many photographers that I dream of working with. But, Steven Meisel, Juergen Teller and Cindy Sherman are at the top of my never-ending list.

What are you inspired by?

I feel like, I am at a point in my life, where I’ve realized that inspiration comes from existence. At least the purest of inspiration, I’ve been very blessed to exist. And to me existence is inspiring, allowing myself to live and take in the world is something that inspires me. My siblings and my mother also put the icing to the cake, as part of my inspiration.

“it’s more refreshing to communicate with someone, that’s being themselves, rather than someone that’s trying to relate to you.” 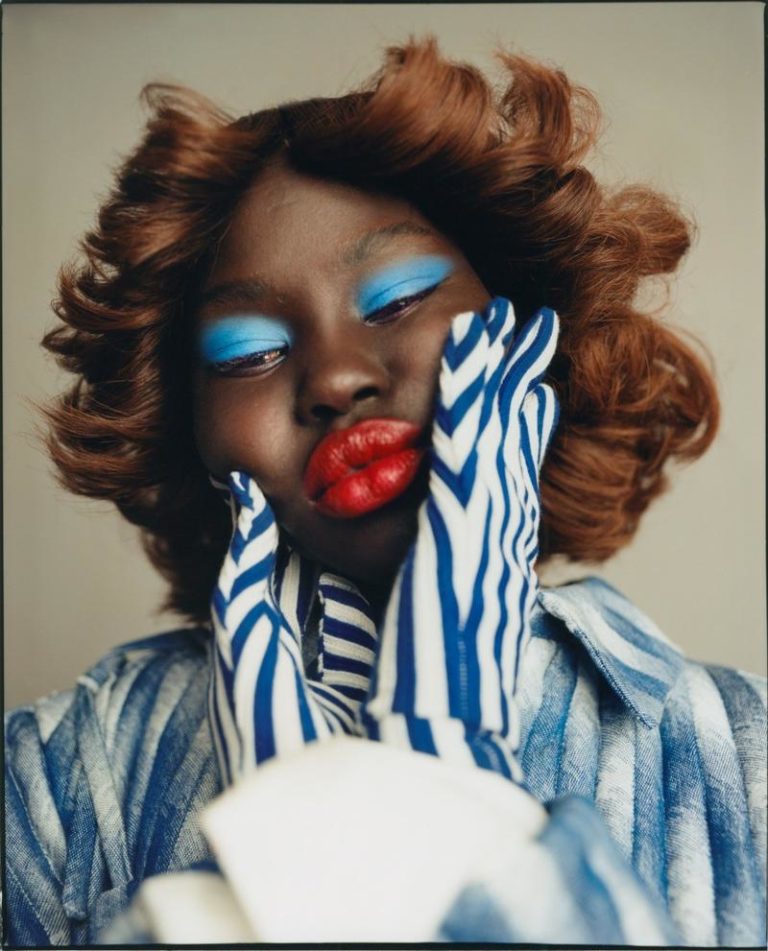 As a model, what advice would you give to young fashion photographers about how to communicate with a model? 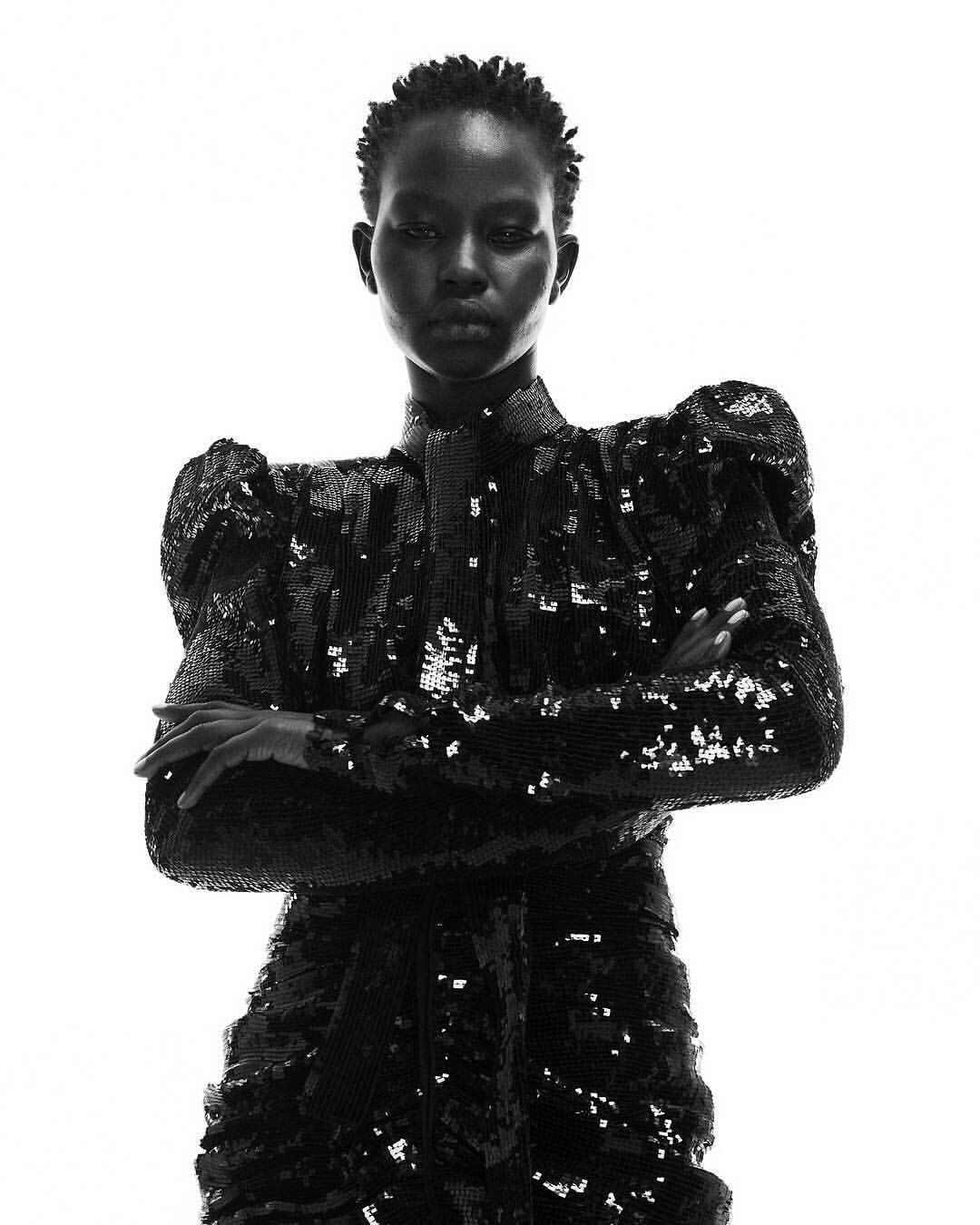 Do you have upcoming projects you can talk about?

I can’t talk about much, in regards to my modelling projects. But I can say, that somethings that are coming will be very very interesting. I can also say that, watch out for a few covers in the upcoming weeks.